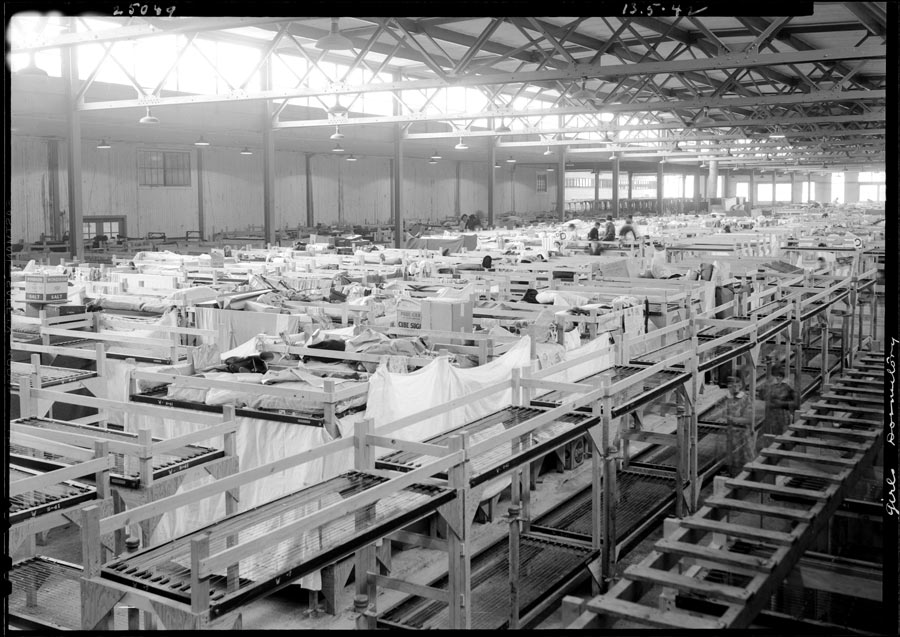 What a shock we received when we were taken to Hastings Park. Some buildings that usually stocked exhibit animals had been converted to living quarters for us. There were rows on rows of wooden frame double bunks. - Rose Baba

From March to September 1942, the Livestock Building was mainly used as the sleeping area for womes and children. Boys under the age of 13 remained in this building. Men and boys (aged 13-18) had separate dormitories. The BC Security Commission falsely reported that the camp was kept scrupulously clean and sanitation rules were strictly enforced. However, the primary thing people remember about the Livestock building was the smell and the noise.

I guess there were about 3000 of us in there. It was a really big building, but yeah it smelled. And at night! There always so much noise! It would never quiet down... Really Hastings Park was just terrible at the start. By and by they got their act together and the place became livable. For instance, at first the toilet was just one long trough with water running at one end. So one person would use it at a time and there were terrible lines. So we complained and eventually they built stalls, but it was things like that that made me think the government couldn’t do anything right. - Utaye Shimasaki

The washroom facilities were partitioned off at one end of the building. It was only a long row of wooden benches with a continuous flow of water in the trough below. After much complaining on our part, little cubicles were built and partial doors put up. - Rose Baba

The whole place is impregnated with the smell of ancient manure and maggots. Every other day it is swept with dichlorine of lime, or something, but you can’t disguise horse smell, cow small, sheep, pigs, rabbits and goats. And it is dusty! The toilets are just a sheet metal trough, and up until now they did not have partitions or seats. The women kicked so they put up partitions and a terribly makeshift seat. Twelve-year-old boys stay with the women too, you know… as for the bunks, they were the most tragic things there. Steel and wooden frames with a thin lumpy straw tick, a bolster, and three army blankets… no sheets unless you bring your own. These are the ‘homes’ of the women I saw… these bunks were hung with sheets and blankets and clothes of every hue and variety – a regular gypsy tent of colours, age and cleanliness – all hung in a pathetic attempt at privacy… an old, old lady was crying, saying she would rather have died than have to come to such a place… there are ten showers for 1500 women. - Muriel Kitagawa

What a shock we received when we were taken to Hastings Park. Some Canadian Pacific Exhibition buildings that usually stocked exhibit animals had been converted to living quarters for us. There were rows on rows of wooden frame double bunks. - Rose Baba 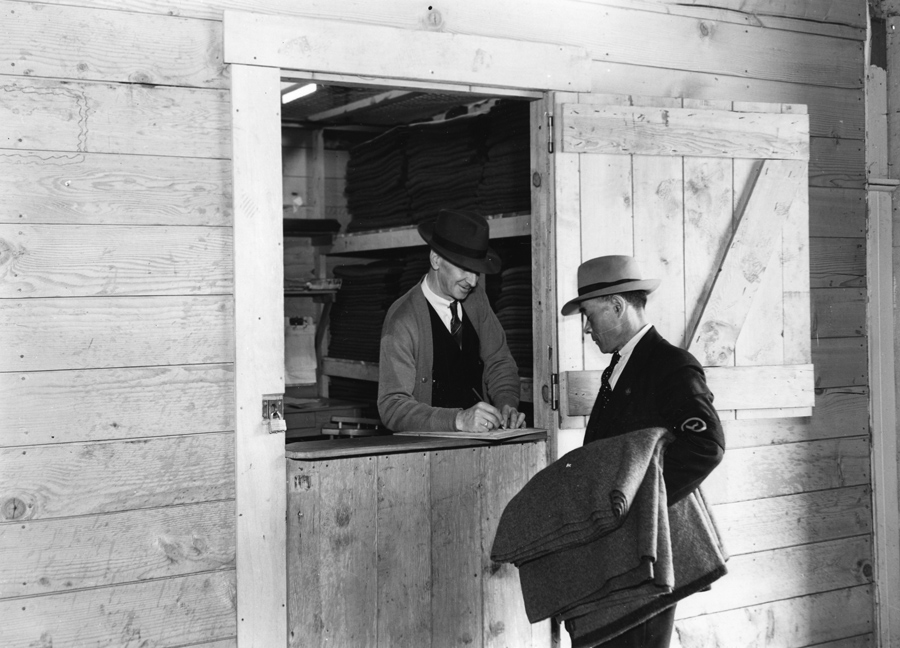 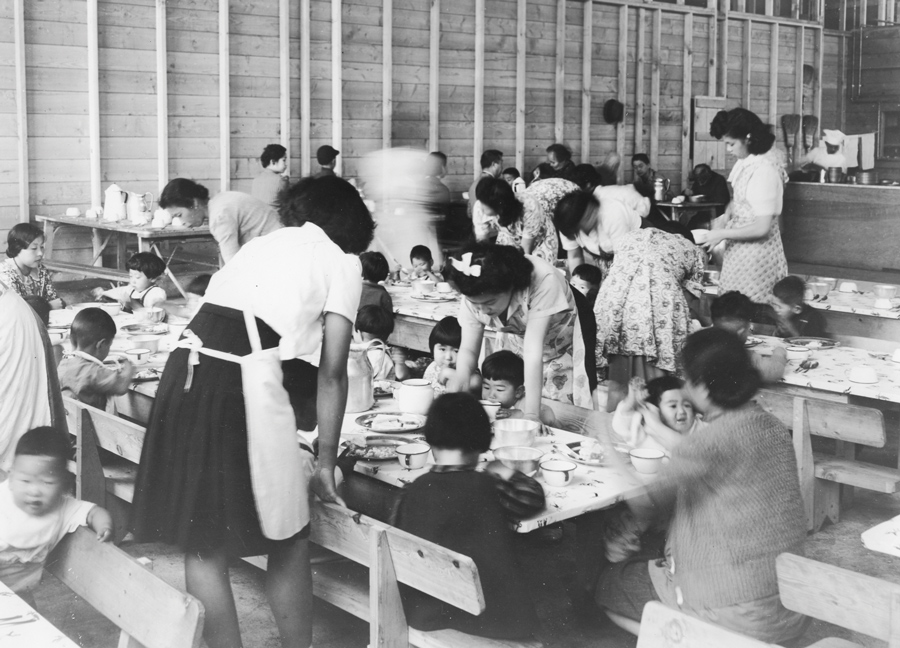 Separate dining areas were available for the young children and babies, and for the hospital patients. Mary Kitagawa remembers that "We were fed in the poultry section at rough tables with tin plates, and our hair, skin and clothes were soon permeated with the stench of poultry urine and feces." 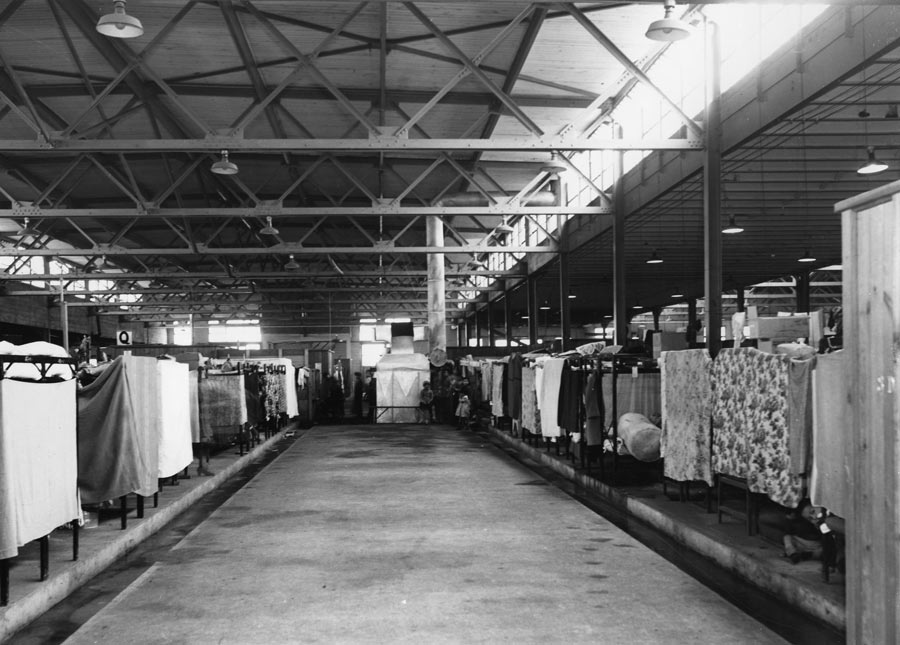 Women hung blankets and sheets between the animal stalls for a bit of privacy. Each livestock stall needed a thorough washing to remove all traces of feces and maggots.