This small building in the centre of Hastings Park housed the local administration offices. It is no longer standing. The BC Security Commission also had larger offices in downtown Vancouver in the Marine Building.

Harold Miwa told the following story about obtaining passes: You can’t just go walking into the building to see mom, you had to have a pass to go to see your own mother. So to get a pass we had to go to this office building and then request a pass. And uh, okay you got one hour and he’ll [look at his watch] you got ten to twelve, okay ten to one you’ve got one hour. Okay, go on in and you get your pass. And as you go to the building there’s some kind of a guard sitting there, a man, and you show him the pass. Fine, you go inside, then you look and you go see your mother. Then you’re talking to them or whatever and the hour goes so fast sometimes, you know. So when you’re wandering around, the matron within the building… they say “let me see your pass”, so you show them the pass. It must be two o’clock and [they say], “you’ve over stayed, get out”. Then you have to leave, get out get out.”

Yah, so it was hard to go, too much of a work to go see mother. You know go get the pass, then go over and then. So anyways, that’s how it was so not much we could do. But I still remember one time, now this worked out real good, was I went to get a pass to see my mother and this girl working there to write out the pass she said “just a minute” and so she went somewhere. So, I looked around on her desk and she had all these passes, you know paper, so I grab a handful and put them in my pocket. And then she comes back and she says, “Okay, how long do you want to go see your mother?” I said I changed my mind. So I went back to the dorm and I said to all the guys, hey you want to go see your mother? Five cents. They said, “what do you mean five cents?” I said, I can give you a pass for five cents and you can stay as long as you want, I’ll mark down the time. So somebody said, its twelve o’clock, I’ll stay until three o’clock. So [I wrote] twelve to three right, ha ha. And then, five cents and away they go. So I was making money, ha ha. 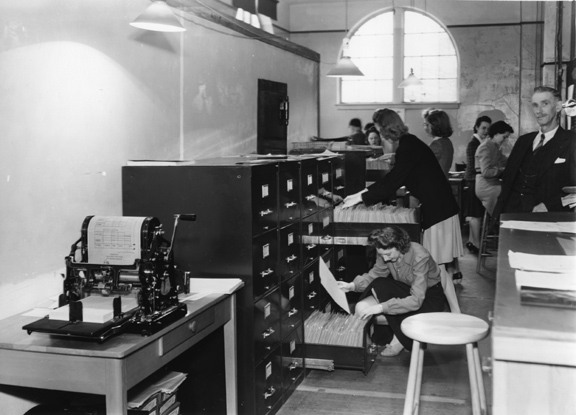 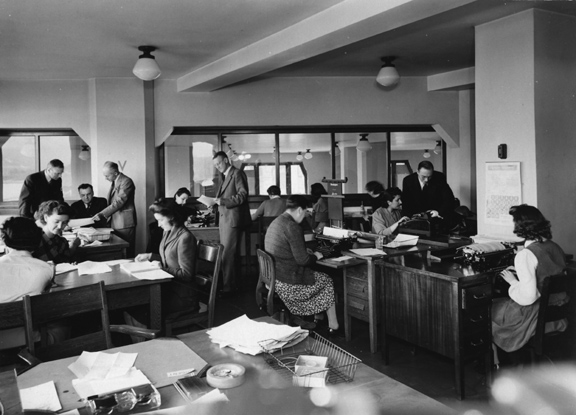