Map of Buildings Used by the BC Security Commission, 1942 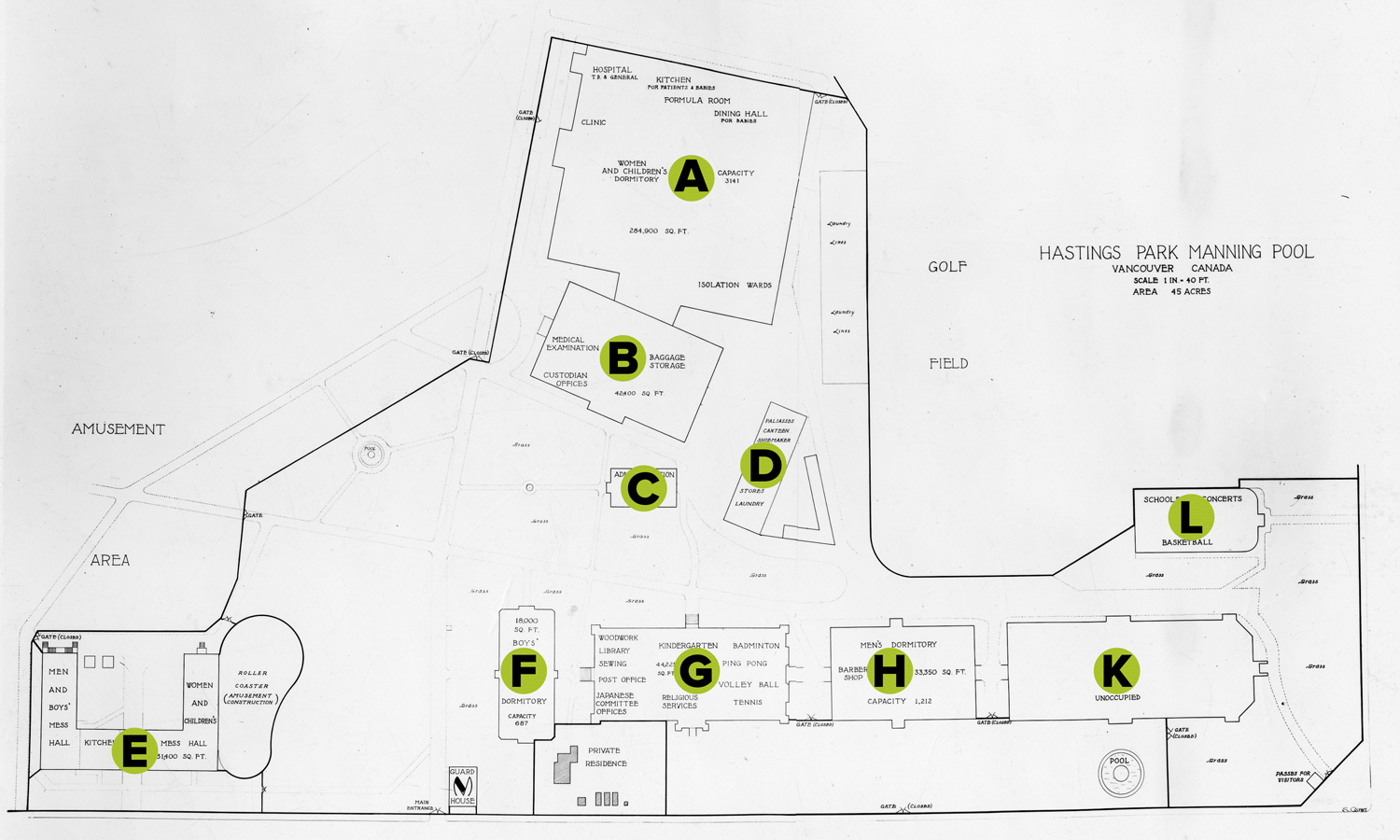 Proposed uses for each building and capacity are written onto the map. The building use sometimes changed. For example, building K is shown as empty, but later became the men’s dormitory. Building H was initially used by the men, then later by women. 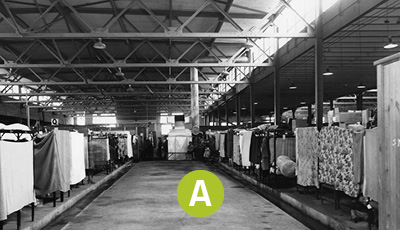 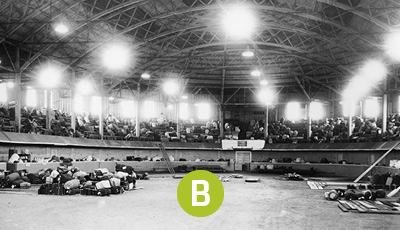 BUILDING B – Stock Judging or Horseshow Building no longer standing 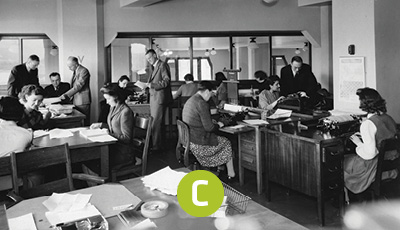 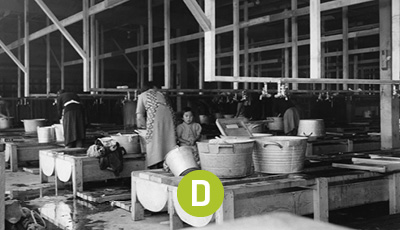 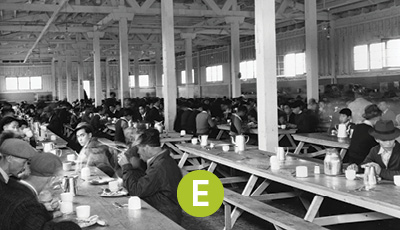 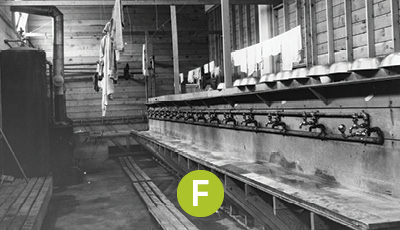 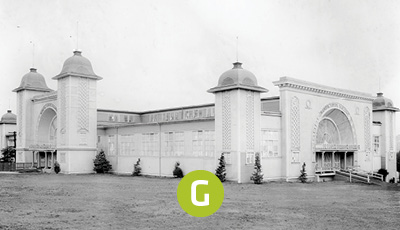 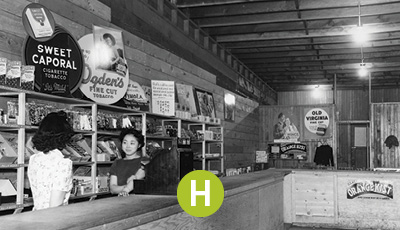 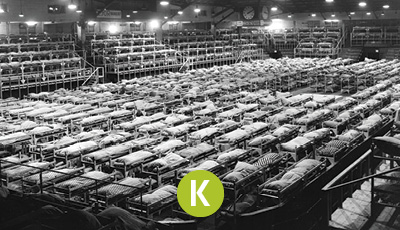 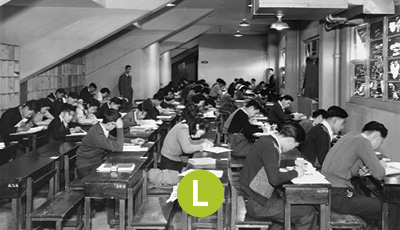 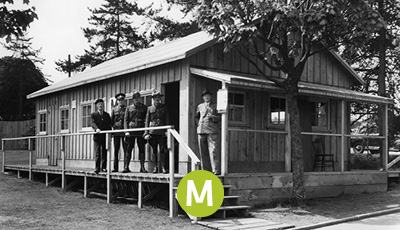 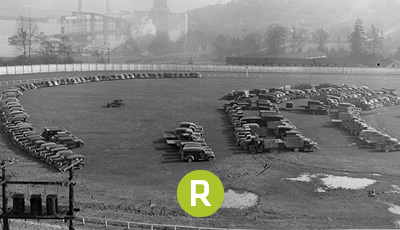 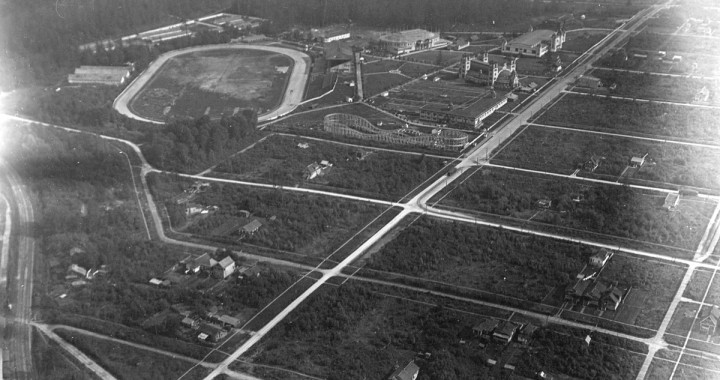 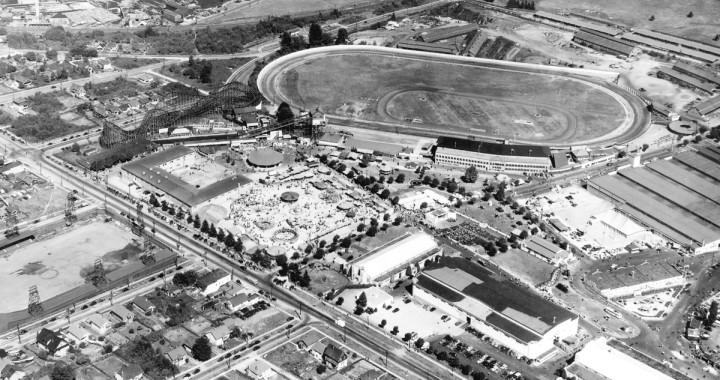 Aerial view of Hastings Park, 1947 Looking Northeast. Many of the buildings used in 1942 are still visible in this photograph. 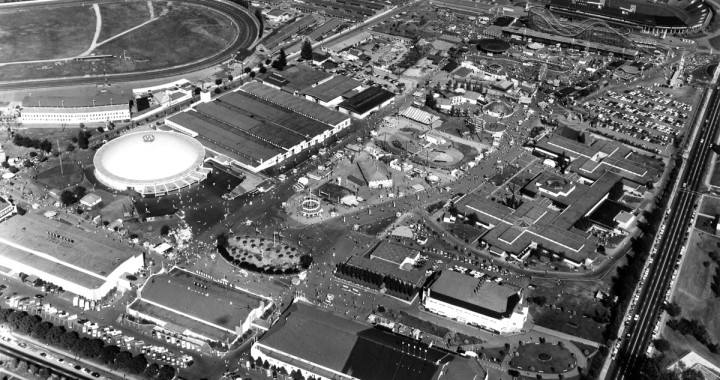