A beautiful heritage building with a built-in stage and wooden floors, the Garden Auditorium was once a popular dance hall, full of big-band sounds.

The building was designed by the prominent architectural firm of Townley and Matheson and built between 1939-40. It is one of the most outstanding examples of Streamlined Art Moderne architecture in the British Columbia and is classed as an ‘A’ building on the Heritage Register. Constructed of board-formed concrete (originally left unpainted), the horizontal banding and distinct rounded stair towers form a distinctive stylistic palette. Currently, the building is used by CircusWest Performing Arts Society.

In 1942, the building was primarily used for education programs. The 1942 school year had been abruptly disrupted for many students. Educational classes for Japanese Canadian children and teenagers were quickly organized, although only some children attended. Mr. Grant McNeill worked for the BCSC to negotiate for high school courses at Hastings Park. Mr. Stu McRae became the principal in charge of all the classes. In April 1942, Hide Hyodo (later Shimizu) who was one of the first Japanese Canadians to receive a teaching certificate, became his assistant in charge of Primary Grades 1-3. Desks, benches and blackboards were brought from the closed Japanese Language schools. Most teachers were volunteers who were also confined within Hastings Park. Others had special permits to come into the park to teach. Classes were taught from April through July.

Hide Shimizu (née Hyodo) was born in Vancouver in 1908. She spent one year at the University of British Columbia before transferring to Teachers’ Training School. She received her teaching certificate in 1926 and began teaching Grade One at Lord Byng School in Steveston. Because the provincial government then prohibited any other Japanese Canadian from receiving a certificate, Hide Hyodo was the first and only Japanese Canadian to hold a teaching certificate. In 1936, she was the female member of a delegation of four sent to Ottawa by the Japanese Canadian Citizen’s League to seek the franchise for Japanese Canadians. Parliament defeated the motion but she and the others set a precedent for a non-white community demanding the vote. With the removal of the Japanese Canadians from the BC coast in 1942, Hide was asked to assist with the education of the Japanese Canadian youth in Hastings Park. She set about planning primary curriculum, organizing a school system among seven camps, and recruiting and training volunteer teachers and principals.  She later helped develop education programs in the interior internment camps. She travelled from camp to camp throughout the war. She was inducted into the Order of Canada in 1982.

For school… we sat but we had no desks or anything. They just had a big black board in front of us, and some sort of teacher. I don’t think they were experienced teachers or anything, but that was our school, while we were there. - Kay Akada

I was a kid at the time, we were supposed to go to school, but I was more interested in hiding in the forum behind the many rows of seats, in fact there were many places to hide in Hastings Park. We explored the tops of buildings and watched women dressing below, we went over to where the cars were impounded. - Roy Yasui

Without proper classrooms, the students received lectures while sitting on the bleachers in the sports arena. 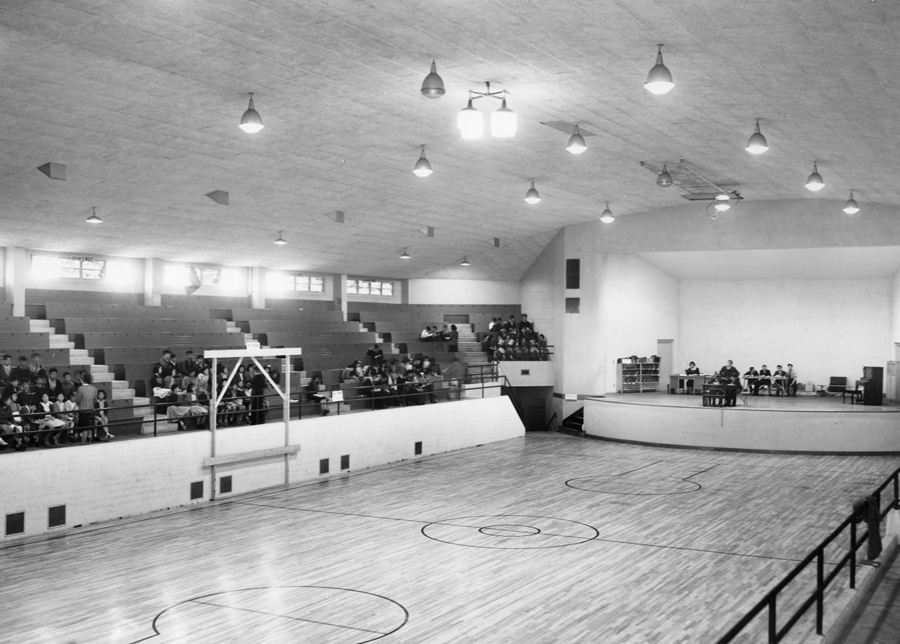 Some high school classrooms were set up in the rafter areas. 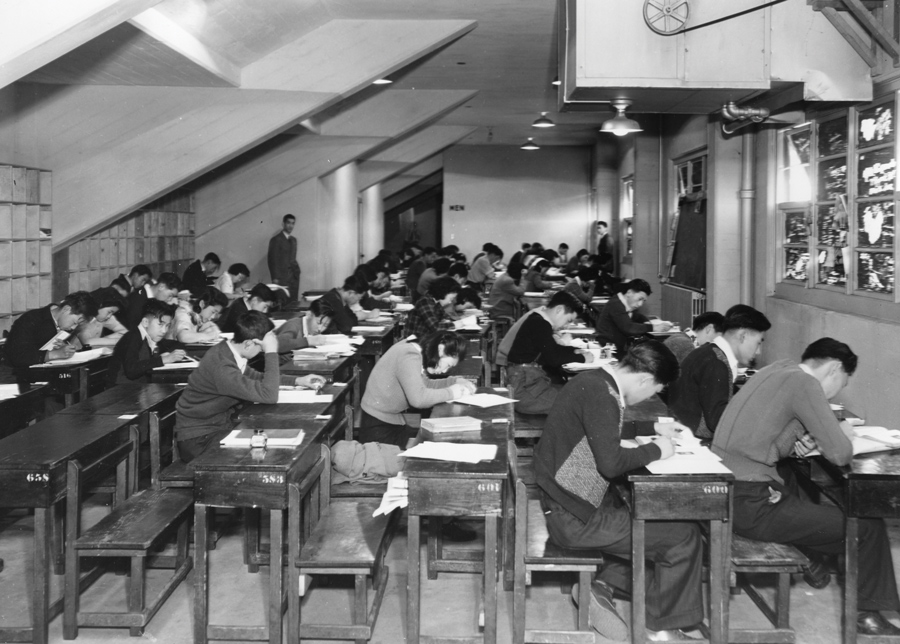