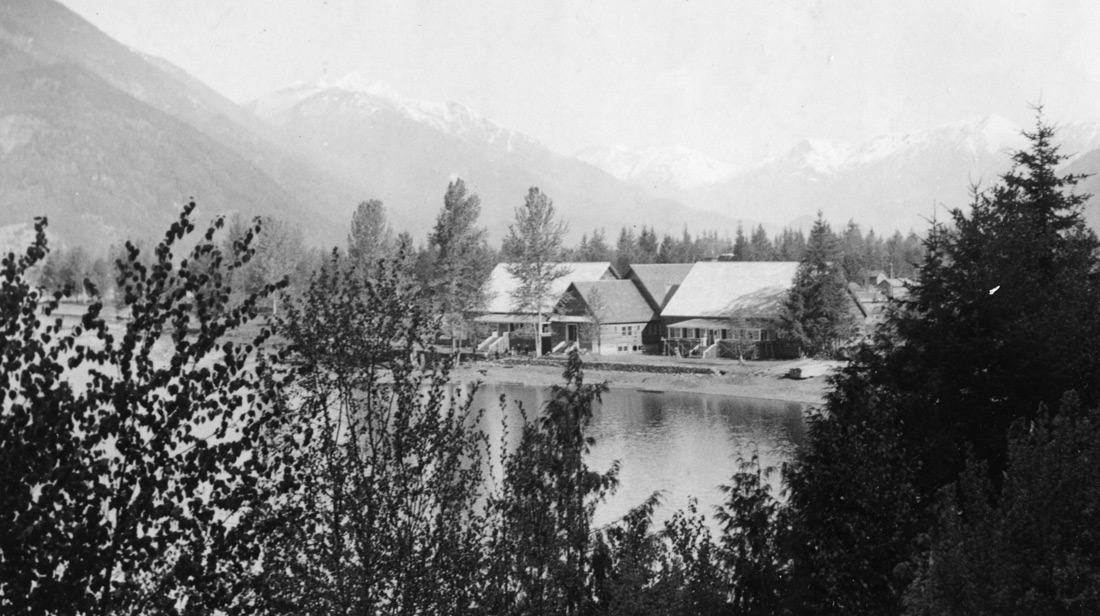 New Denver boasted a 100-bed sanatorium for Japanese with tuberculosis. ‘The San’ was built “to be a showcase of how well the Japanese were being treated in Canada.”1 It also housed the doctor’s and dental offices, x-ray and other workrooms, a kitchen, two dining rooms (one for the staff and the other for the patients), a women’s and men’s ward, two sun porches, staff quarters and a library. Vegetable gardens and lawns were planted and cared for by Japanese gardeners. The Pavilion was added in November 1944 for patients whose disease was “arrested” and who were being readied for discharge. Jean Kitagawa worked as a medical secretary at “The San”. “Miss Boyd was my boss but I worked for Dr. Uchida. He was very good. He has studied osteo (bones) in Japan. When he manipulated broken bones, the joins were perfect. A Caucasian doctor was the head even though Dr. Uchida was there.”2

Dr. Uchida was born on October 23, 1900, on Hastings Street in Vancouver and was educated in public schools there. He studied medicine in Toronto and graduated in 1926. Not allowed to intern in Canada, he was forced to go to Japan. On completion of his internship, he returned to Vancouver and set up his practice in the Japanese Canadian community. Dr. Uchida was one of five Japanese doctors in Vancouver. He was allowed to go to Hastings Park to look after the patients there. From 1942 to 1949 he worked at the Sanatarium in New Denver and the Slocan Community Hospital. He practiced in Kamloops for three years and returned to Vancouver in 1951.

In addition to the patients who were transferred from the Hastings Park hospital, patients came from Lethbridge and Taber in Alberta, and from Bridge River, New Denver and other internment camps and ghost towns in British Columbia. In a report dated December 1947 to the Director of Tuberculosis Control in Vancouver, Dr. W.K. Massey of the Kootenay Travelling Clinic in Nelson, BC provided the following statistics on the 212 Japanese treated during the five years 1942 – 1947:
• patients on opening of Sanatorium 61
• patients admitted since 151
• patients discharged 96 (45.2%)
• patients died 53 (25%)
• patients in sanatorium now 68

Jean continues: “Every three months a specialist from Nelson arrived at The San to go over the x-rays of each patient. I took the dictations and typed up the letters and reports so I probably knew more of each patient’s history than the patients themselves. Some patients thought that they did not have the disease because they were not coughing but the tuberculosis bacteria did not attack just the lungs. It settled in other regions of the body as well, in the bones, spine, and hips. The treatment depended on the seriousness of the disease: minimal, moderate or advanced. At admission, patients were confined to complete bed-rest for 3 months. They could not even go to the bathroom. The doctor decided bathroom privileges.”

Jean observed that they usually arrived on their own and visitors were rare. “Mrs. K, a young woman with TB in her spine, had to spend all of her time in bed. She had a baby and we called him “Baby K”. He was not yet walking when they were in Hastings Park. There was a woman who looked after the baby and she and her husband wanted to adopt him, but Mr. K was in a road camp or somewhere, I don’t know where, I never saw him visit his wife or their baby. Mrs. K. gave up the child. It was so sad to see them say goodbye. A year later she was discharged. I heard she had another child but I’m not sure.” 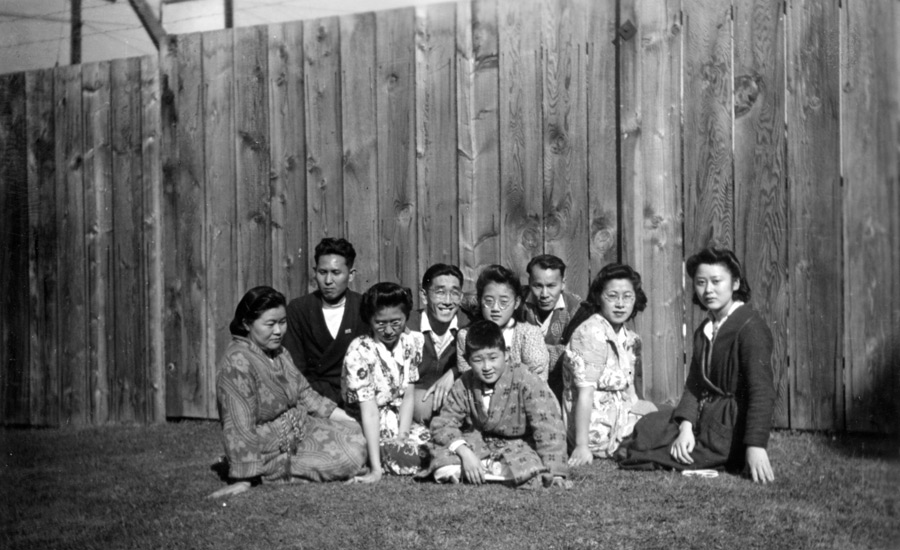 At the end of the Pacific War, all Japanese were ordered to a second uprooting: exile to Japan or relocation east of the Rockies. All internment camps were ordered closed except for The Orchard. Those living there were forced to vacate to accommodate internees from the other camps who were sent to New Denver. The only exceptions were the very old without children to look after them, patients with tuberculosis and their immediate families, and staff members of ‘The San’… Jean says: “Nisei were hired as nurses because the patients were Japanese but the supervisors were all white. Irene Anderson was the matron at Hastings Park. She was young, nice. She took young girls as aides and taught them nursing skills – how to care, put on gowns, wash patients. At The San, as Nisei nurses’ aides started moving out east, there was a staffing shortage and mothers of patients took over the job and fathers became janitors and other maintenance staff.” 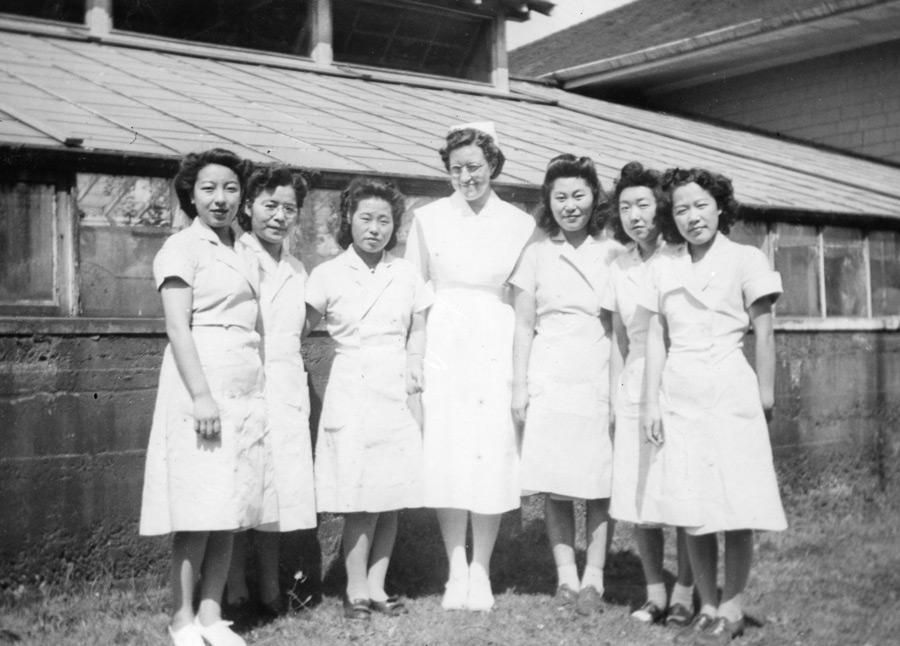