Feeding thousands of people took a lot of coordination. The mess halls were segregated, with men and boys in one section and women and older children in another section. Babies and hospital patients were served in separate dining areas in the Livestock Building. The food was prepared in kitchens on site by an outside firm and most people remember it as extremely dull and tasteless. There was a lot of stew, potatoes, gruel, bread and butter. From March until October 1942, the BC Security Commission reported serving 1,542,371 meals with a raw food cost of just over 9 cents per person per meal. The poor quality of the food and the unsanitary conditions within Hastings Park meant that dysentery and diarrhea were widespread.

Other foods were sometimes available. A canteen selling snack foods operated in another building. In the summer, an ice cream man would patrol the fence. Kids could throw him a nickel over fence in exchange for ice cream. People also ordered supplies and passed money through fence to the store staff from a small shop across Renfrew Street. Visiting friends and relatives from Vancouver would bring food and treats into the grounds. With a special day pass, family members could go into Vancouver for a meal, or purchase food to bring back to the park.

So one time, a guy got money from his mother and he bought a great big watermelon. Gee it was so funny, he bought a whole watermelon. I don’t know how much it cost in those days, but he brought it back to the dorm. He said, “look we got a whole watermelon” you know. Alright let’s eat, but nobody had a knife… I remember eating it. We had put the paper on the floor and spit the seeds on the floor and [fold it up to] take it away. Living in the dorm like that, we could leave to go outside [the building] if we get a permit to go outside. – Harold Miwa

Cultural differences and the inherent racism of the time are made clear in this government statement: “Many valuable food values were learned by the Japanese during their stay in Hastings Park and while they were there, every effort was made to educate them to the correct standards of proper diet.” BC Security Commission report

The food served in tin plates and bowls was terrible and due to unsanitary conditions, everyone in the park suffered with severe cases of diarrhea. One day we protested by staging a one day hunger strike. Everyone went to the mess hall, got their food, and dumped it on the table and left. But it didn’t do much good.   – Tom Tagami

Eating facilities were equally crude, an army field kitchen… Designed to produce mass meals for able-bodied men, the kitchen could not provide meals for… Japanese Canadians who were used to rice and fish. – Ann Sunahara 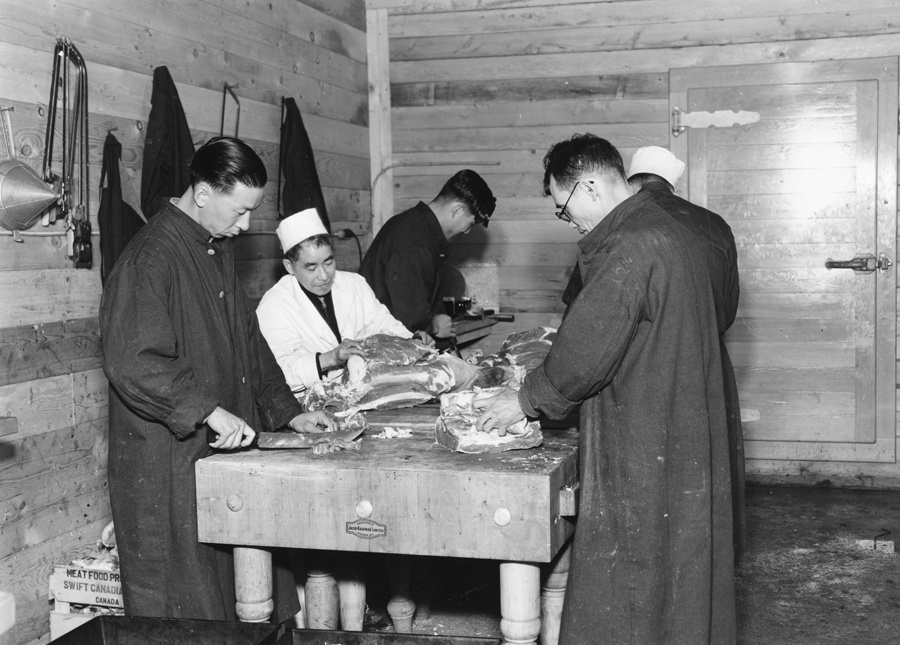 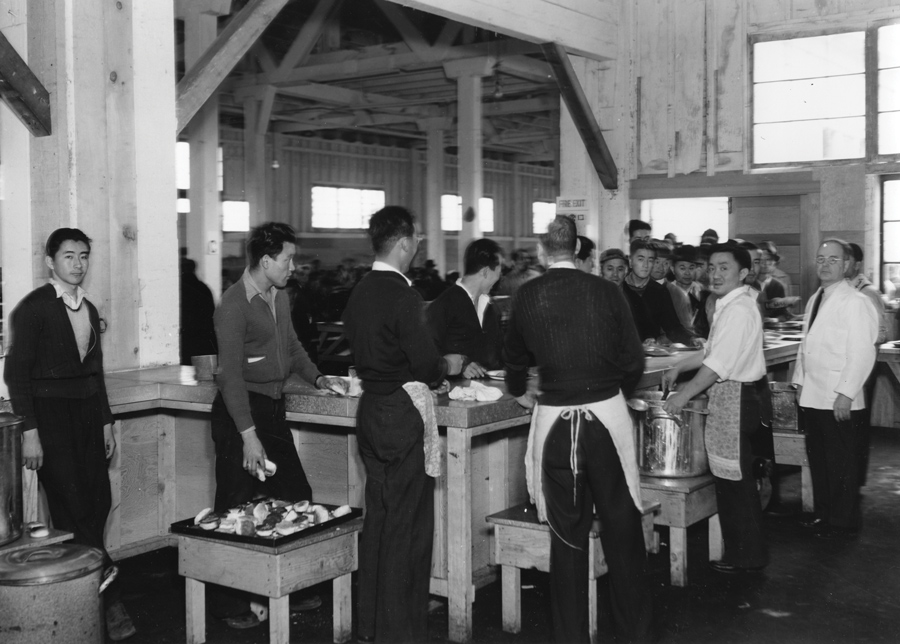 Every day, there were long lines for food and the service was slow. Food was often very cold by the time they sat down at the long tables. 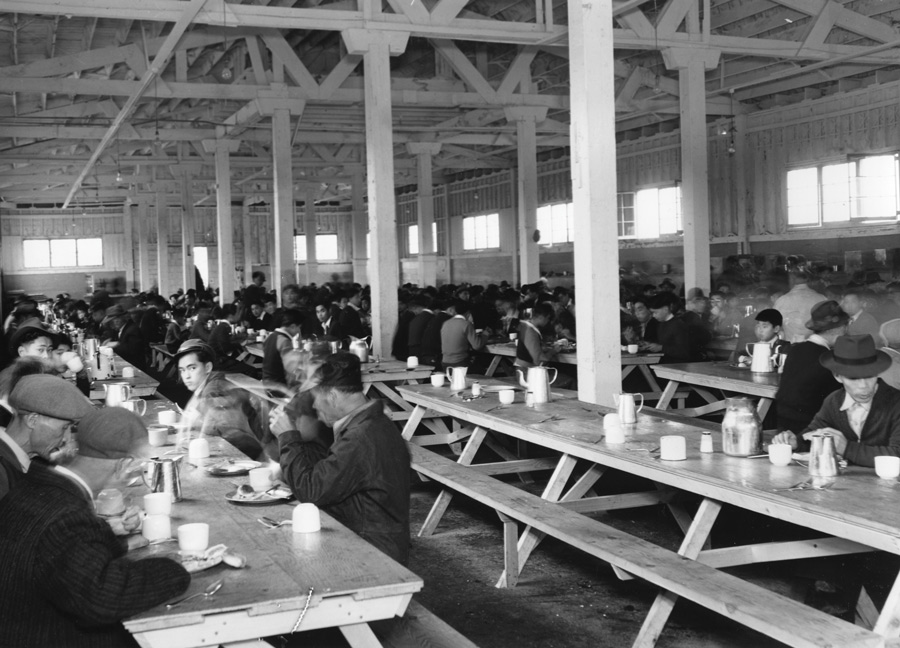 Men’s Dining Hall. The dining hall was crowded with people three times each day. The food quality was poor, and the tin plates were noisy. 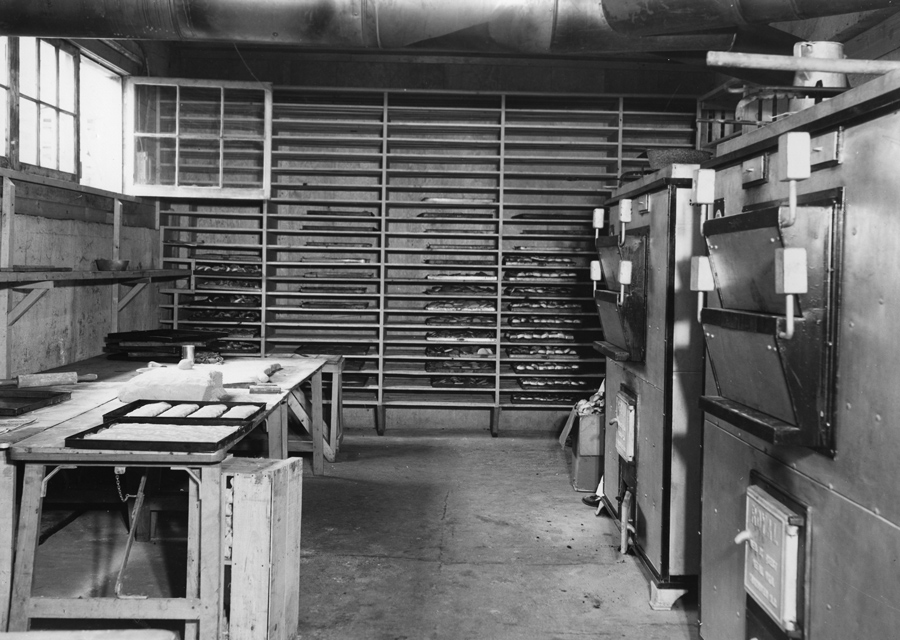 Bake Shop in the basement of the Mess Hall.