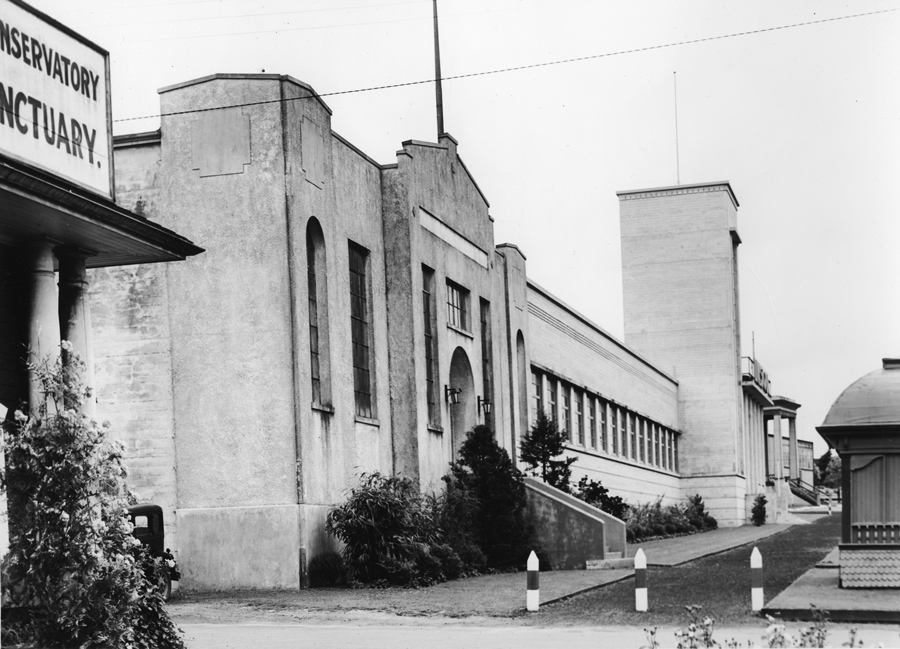 When community members speak of the Japanese Canadian internment at Hastings Park, they almost immediately mention the appalling conditions of the Livestock Building. In early March 1942, hundreds of women and children were forced to live in the stench and filthy conditions of this building originally designed to house animals.

The Livestock Building is a large, single storey concrete and steel truss exhibition building. It was initially built in 1929, when the former Vancouver Exhibition (now Pacific National Exhibition) expanded its focus into agriculture and livestock. Over a ten-year period, the building expanded three times, with a large addition added in 1939 by the architectural firm McCarter & Nairne. The Livestock Building’s current size is over 13,192 square meters (142,000 square feet).

In 2010, the building was being considered for demolition, but is now being renovated for more flexible use, but without climate control. The building is being upgraded with extensive roof repairs, fixing changes in floor levels, and restoring and reglazing the windows.

The Livestock Building has recently been designated a heritage building, based on its significant architecture, the association with the agricultural aspects of the Pacific National Exhibition, and in 1942, its role in the Japanese Canadian detention during World War II. The striking late Art Moderne design of the vast northern façade with its landmark tower and extensive board-formed concrete detailing is a rare surviving example of this period of architecture.

The Livestock Building – its use as a Dormitory

The Livestock Building – its use as a Hospital

Livestock Building
Over 3,000 Japanese Canadian women, children and tuberculosis patients were unjustly detained here under traumatic and deplorable conditions between March 1942 – March 1943. A public facility since 1929, the Livestock Building gained national historic significance as a federally authorized wartime marshalling site. The incarceration, confiscation of property, and forced dispersal from the coast of 22,000 innocent Japanese Canadians from 1942 to 1949 was officially acknowledged as unjust by Canada in 1988.

In commemoration of all Japanese Canadians Interned. 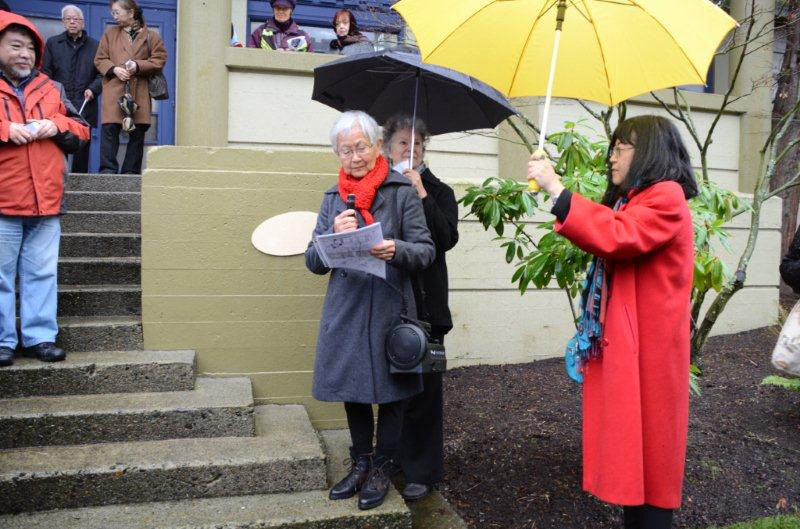 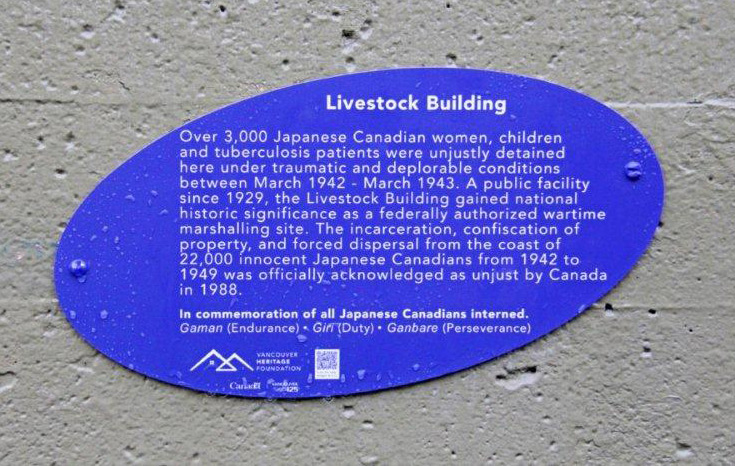 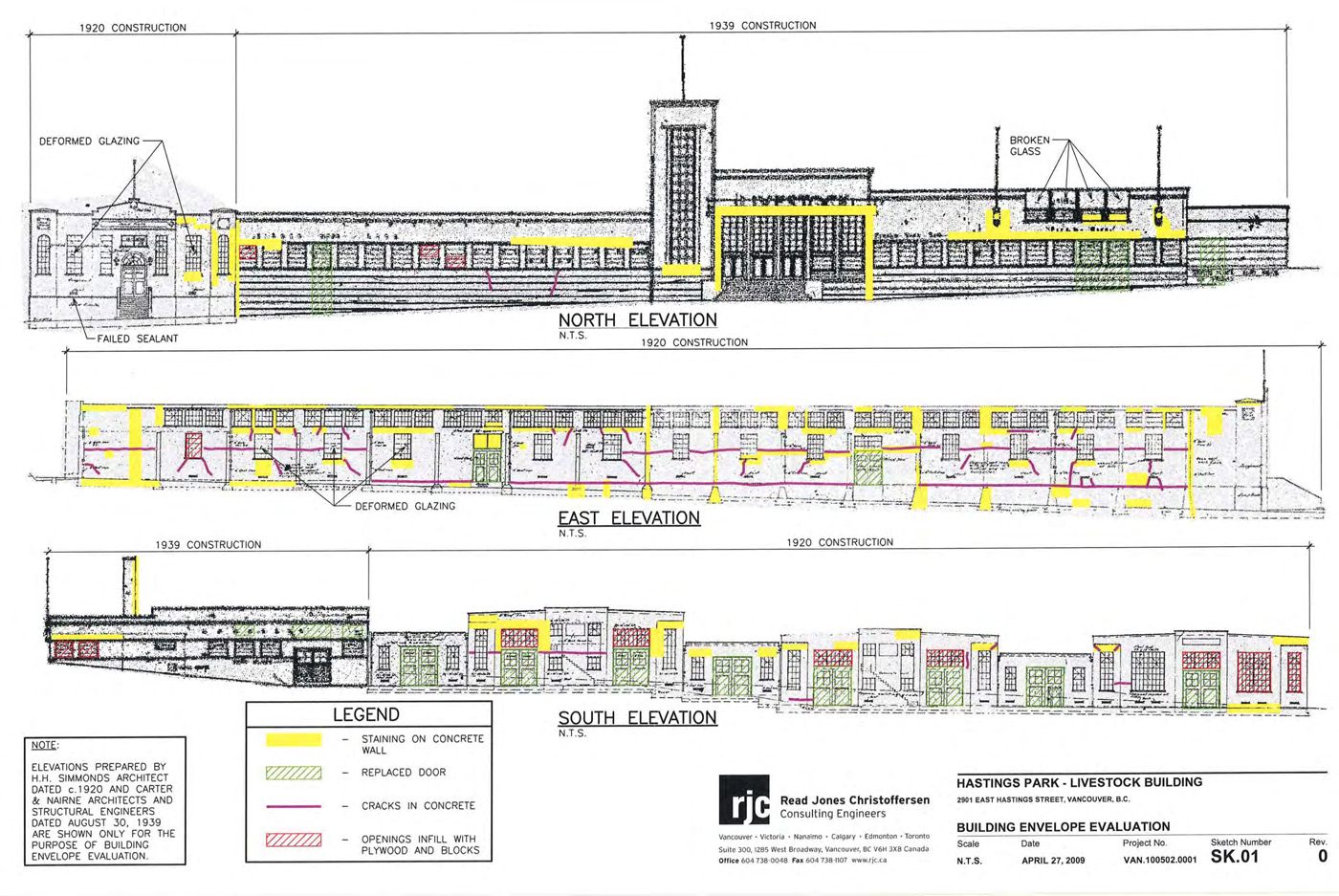