Formerly the Horse Show Building, this large open space adjacent to the Livestock Building was used to store excess baggage. Each person was only able to pack one or two suitcases, maximum 150 pounds of baggage per adult and 75 pounds per child. However, there was almost no space for even that small amount of baggage in the crowded dormitories. A corner of the building also housed the medical examination offices. Another section was used as the Registration and Custodian offices. The building was torn down after the war and replaced with the Agrodome, which was constructed in 1963. 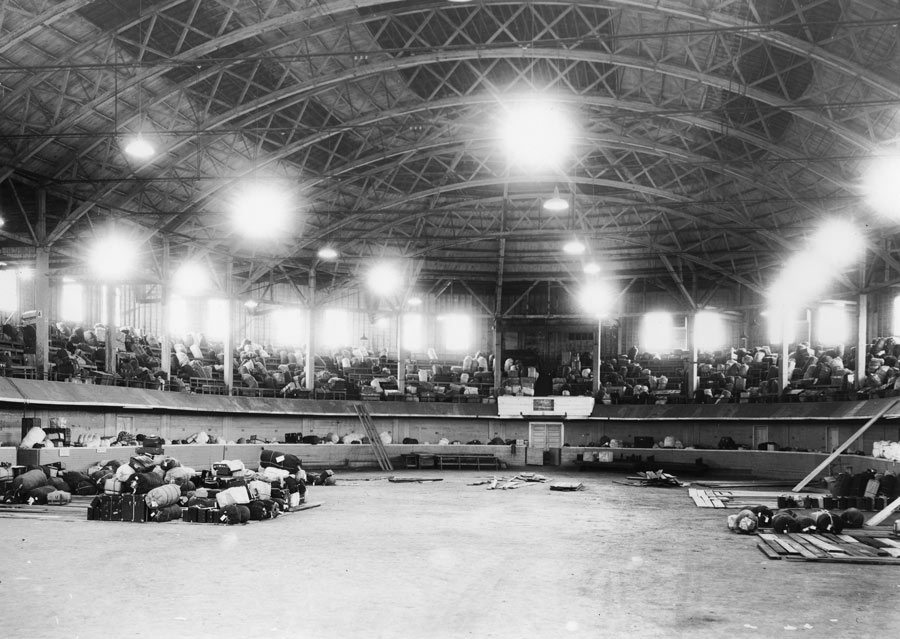 Building B – Baggage Storage. Families were only able to pack one or two suitcases, maximum 150 pounds of baggage per adult and 75 pounds per child. Because of the crowded conditions, excess baggage was piled in a large hall adjacent to the Livestock Building. 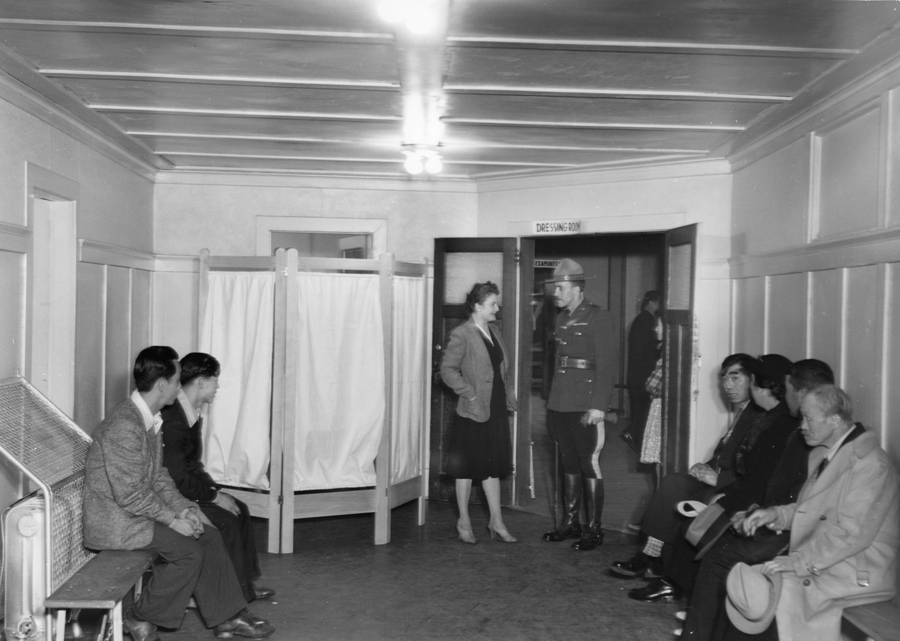 Building B – Medical Examination Room. “If your number got called, you were expected to report for a medical, which was a cursory sort of examination, and then they would stamp your card ‘FIT FOR WORK’. Within 3 days we were shipped to a road camp…” 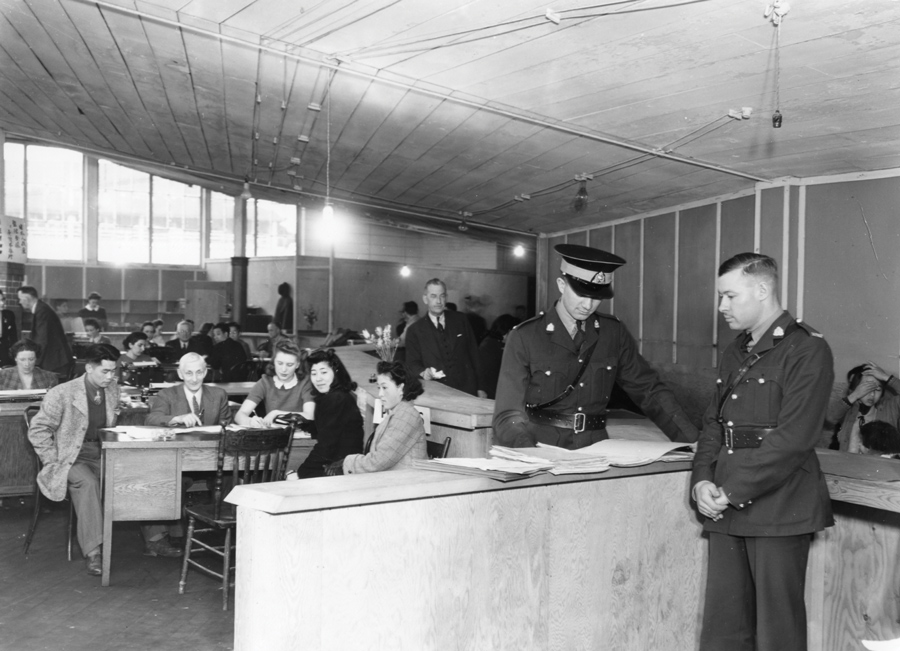 Building B – Office Area. A section of the Horse Show building was transformed into the Registration and Custodian offices.