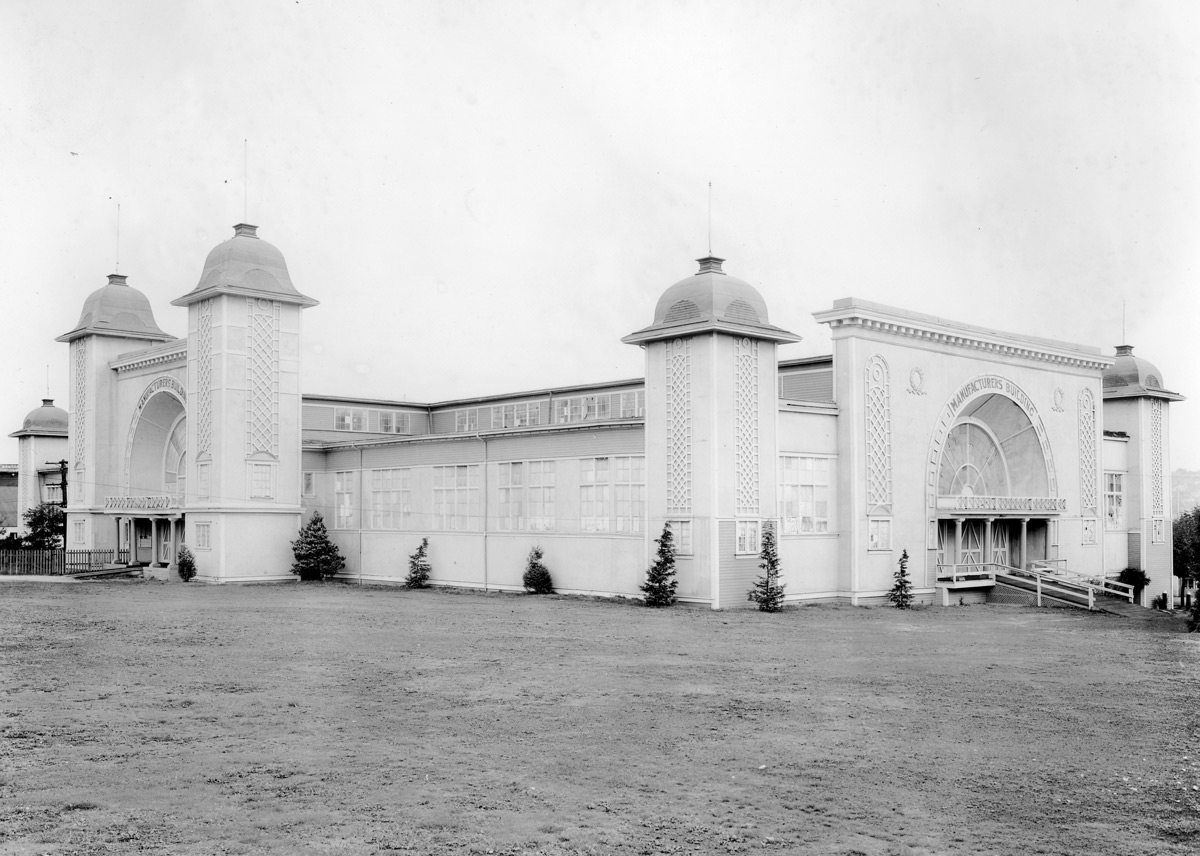 The Manufacturers’ Building was also known as the Showmart Building. It was built in 1913, and During the Japanese Canadian internment, this large building was used for a number of recreational and sports activities, as well as religious services, the post office and the Japanese Committee office. The kindergarten for young children was also located here. The building was demolished in 1997-98 and is now the location of the Italian Garden.

Japanese Canadian labour was utilized whenever practical – as clerical workers, medical staff, dentists, teachers, baggage men, and guards (usually WWI vets). Each building had a committee to run its affairs and pass on communications. An Interchurch Committee (United, Roman Catholic, Baptist, Salvation Army, and Anglican) advocated for the Japanese Canadians and helped facilitate education, youth clubs, church services and welfare. Even though many Japanese Canadians were Buddhist, there was no representation for Buddhists on the committee.

Ann Sunahara writes: Much of the work was done by the inmates themselves. Faced with separation from their families, family heads scrambled to volunteer for work duties in the Park. They hauled baggage, built partitions, set up additional accommodation in the Pure Foods Building, constructed rudimentary desks for a temporary school, organized recreational activities and served in dozens of other capacities to meet the needs of the steady stream of new arrivals.

Hastings Park Japanese Committee
A liaison committee was formed to try and obtain improvements to the conditions in Hastings Park. Composed of camp workers and dormitory representatives, including Reverend Ono, they met with Superintendent E.C.P. Salt, a retired RCMP officer and former colleague of Asst. Commissioner Mead. In time, the Hastings Park Japanese Committee secured improvements in the diet of the inmates, partitions for the toilets, a separate dormitory for boys between thirteen and eighteen years of age, and the dismissal of unsympathetic Caucasian workers. Many details of their work are found in Reverend Ono’s diary.

The Consultative Committee on Japanese Relations
This inter-church advisory committee was set up in early March, 1942. It included four religious groups: the Anglican Church, the Roman Catholic Church, the United Church, and Baptist Church. The group had extensive discussions around setting up Sunday school, nursery school and kindergarten, developing a teenage girl’s work group, and religious representation in each of the relocation centres, including the road camps, the Prairies and Prisoner of War camps in Ontario.

The Japanese Liaison Committee
The Japanese Liaison Committee was created in March 1942, comprised of three Issei appointed by the BC Security Commission to act as a liaison between itself and the Japanese community. They were also tasked with ensuring Japanese Canadians cooperated with the BCSC and with maintaining order in Hastings Park. The members of this committee were: Etsuji Morii; Arthur Nishiguchi, a New Westminster merchant and veteran of the Canadian Army from the First World War; and Ippio Nishio, a Vancouver merchant who was also a representative of the Spanish consul, the “protecting power” under the Geneva Convention for Japanese aliens in Canada. Morii was a controversial figure among the Nikkei in Vancouver and the community quickly lost confidence in him. There were numerous accusations of corruption, bribery and coercion. As well, a number of Nisei objected to their exclusion from the Liaison Committee, which eventually led to the creation of a Nisei Mass Evacuation Group which opposed the separation of families. For more detail, refer to Ann Sunahara, pp.54-55 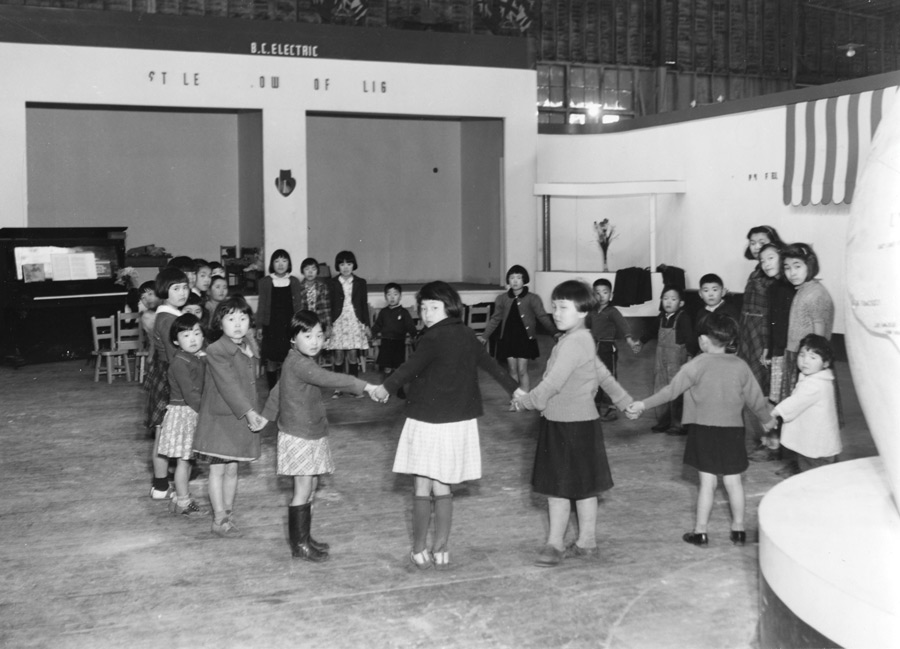