A Brief History of Hastings Park
Hastings Park is the City of Vancouver’s second largest park (154 acres or 62 hectares). The land was granted by the Province of British Columbia to the City of Vancouver in 1889 “for the use, recreation, and enjoyment of the public”. Horse racing began there in 1892, and still continues today. The Vancouver Exhibition Association (VEA) was founded in 1907 and has, since 1910, operated an annual fair in Hastings Park. In 1926, Happyland (now Playland) opened on the site. The grounds were seconded for wartime mobilization, parades and patriotic gatherings during World War I and World War II. In 1942, a large section of Hastings Park was used to detain over 8000 Japanese Canadians, before they were sent to internment camps and work camps. The VEA, later named Pacific National Exhibition (PNE) was operated as a Provincial Crown Corporation (1973-2003) and leased a portion of the Hastings Park site from the City. By the mid- 1970s the annual PNE Fair was attracting up to 1.3 million visitors to Hastings Park. After the Province transferred ownership & management of the PNE to City of Vancouver in 2004, a city-wide consultation process helped to set a new vision for the future of Hastings Park, balancing green space and active use. In 2009, the City of Vancouver initiated a new Hastings Park Master Plan.
vancouver.ca/files/cov/HastingsParkPNE-doco-MasterPlan.pdf

Military History at Hastings Park
Hastings Park was previously used for military purposes during the First World War between 1914-1918. Mostly, the grounds were used for assembling and training troops, as well as military parades and deployment. During this time, the annual fair was never cancelled.

During the Second World War, the fairgrounds were again designated for limited military use. In 1942, the buildings in Hastings Park were expropriated by the Department of National Defense as a clearing station or assembly centre. The administration was then turned over to the BC Security Commission. This forced the cancellation of the fair in 1942 – the only time in PNE history. The racetrack and grandstand were leased separately by the RCMP as storage for automobiles and trucks seized from Japanese Canadians.

IMAGE – letters negotiating use of lands 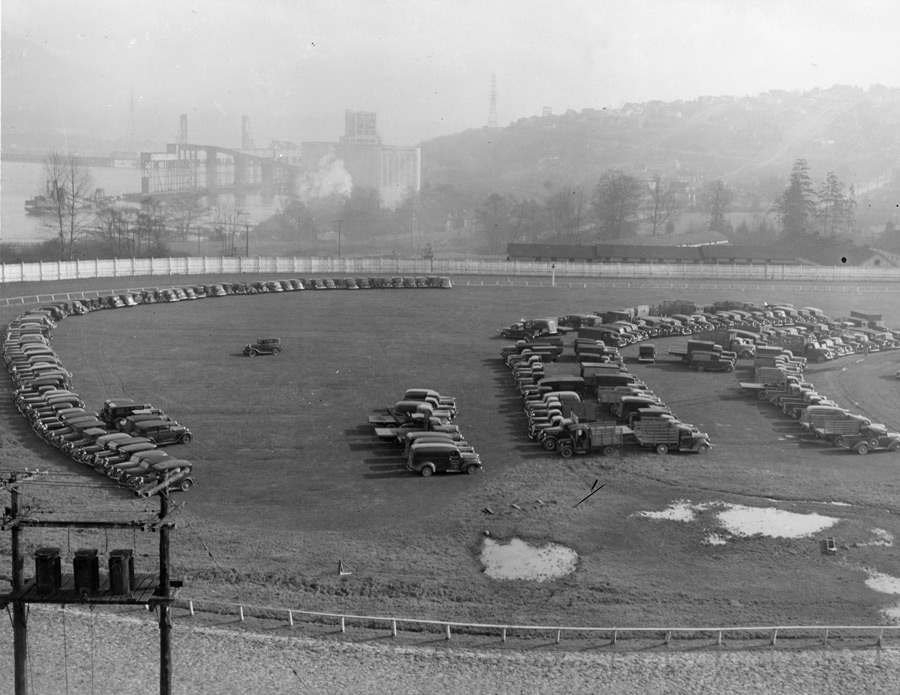 Momiji Gardens
The Momiji Gardens, located on the south side of the Garden Auditorium building, along East Hastings Street, were completed in 1993. The Vancouver Japanese Gardener’s Association contributed $65,000 in free labour to design and implement the plan. The overall cost of the garden development was $300,000 with half coming from the Japanese Canadian Redress Foundation. READ MORE