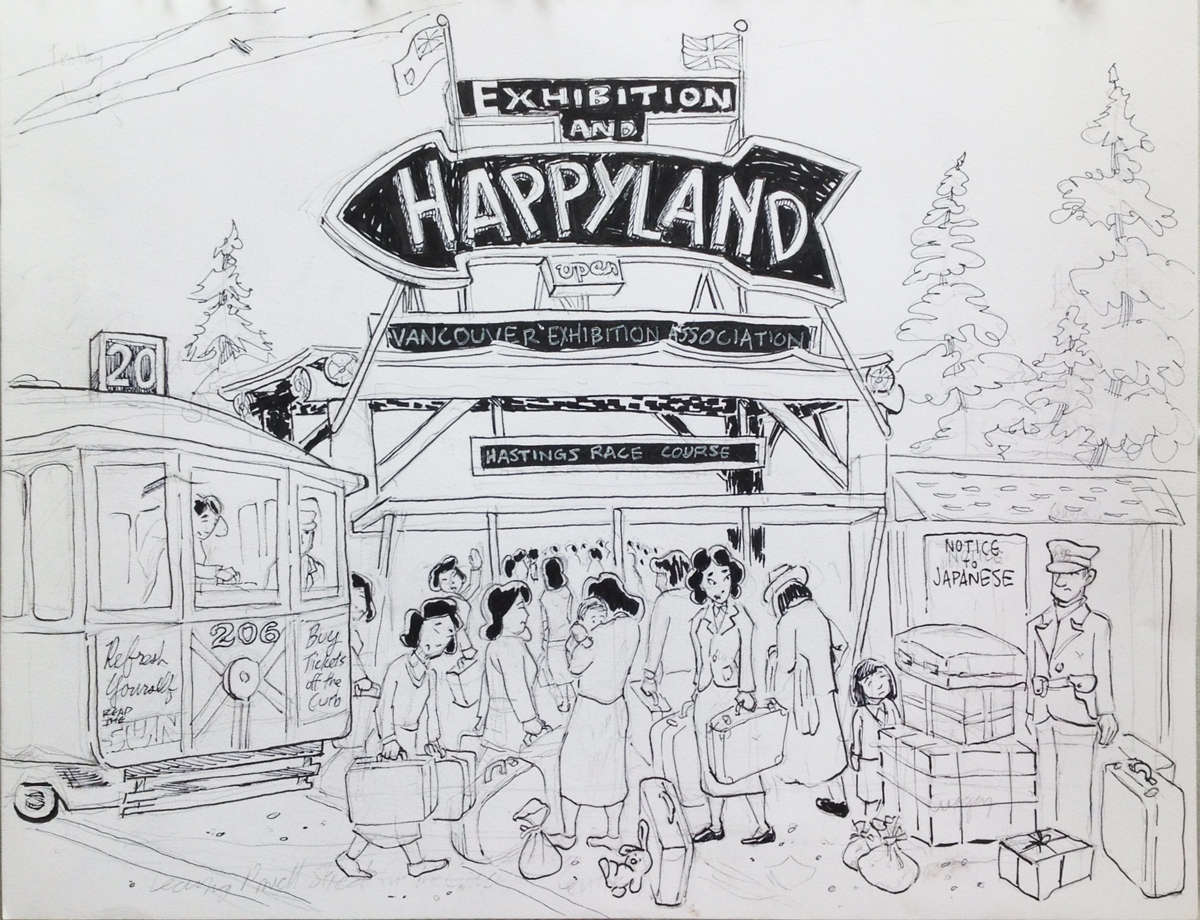 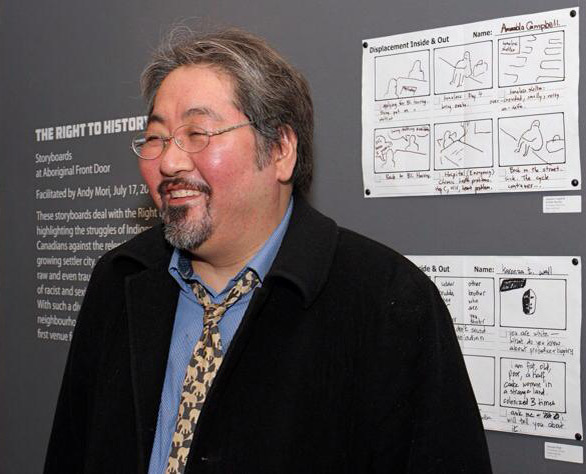 Andy T. Mori works with illustration and cartooning. Andy is the grandson of a Nikkei family uprooted from Tofino to the BC Interior. He recently worked as a peer artist/facilitator for the Right to Remain project and participated in exhibits at Gallery Gachet and the Nikkei National Museum. He has a Bachelor in Recreation Management from Langara College. He has lived in the DTES/Pauerugai since 2007, and works at Oppenheimer Park and Carnegie Centre.

An upcoming graphic novel called “Japantown Love Story” tells how a romantic couple gets separated due to institutionalized paranoia and class divisions during World War II. The loss of the Japanese Canadians from Japantown affected not only the Nikkei community but also the surrounding network of relationships, including those with First Nations. There is the added irony that an amusement park called Happyland was located right beside the Hastings Park internment site.